✓ Moderate and potent strengths available in a cream/gel base

✓ Acne and after-acne treatment solution, a wrinkle reducer as well

Tazarotene is a retinoid family cream/gel. Tazret is a generic version of Tazorac and contains Tazarotenic acid 0.05% or 0.01%.

Tazret is an absolute analog/alternative to the world’s best anti-acne, psoriasis treatment cream Tazorac, a high-quality topical cream specifically designed to treat acne, plaque psoriasis and dermatitis (an autoimmune disorder that leaves red raised patches and scaly rashes all around the body) as well as to prevent formation and treat pimples, spots, whiteheads and blackheads.

Tazarotene cream is also used as a wrinkle treatment remedy due to it exfoliating and keratolytic capabilities.

Tazarotene cream/gel contains a pro-retinoid called tazarotenic acid that binds itself to a receptor of retinoic acid, a Vitamin A metabolite, thus affecting the hardening processes of the outer layer of our skin and relieving symptoms associated with pimples, blackheads, spots or acne. Tazret cream can bring about normal cell growth to facilitate overall skin health.

This cream is the perfect cure-all for all these skin disorders because it not only reduces the reappearance of red patches and scaly rashes but it also relieves pain and itching that are normally referred to as symptoms of psoriasis.

Tazret tazarotene 0.05 percent and 0.1% cream are the perfect cure-all for a variety of skin disorders because it not only reduces the reappearance of red patches and scaly rashes but it also relieves pain and itching that are normally referred to as symptoms of psoriasis. Tazarotenic acid – is much more powerful then retinoic acid (tretinoin salts) and can be used for wrinkle treatment skincare. Okdermo skincare offers two strengths of Tazret cream in cream and gel base: moderate 0.05% gel and potent 0.1%.

Tazarotene is used to treat acne vulgaris, to prevent the formation and spread of pimples/papules, spots or whiteheads/pustules and blackheads/comedones, helping to clear up these skin blemishes as well as preventing the outbreak of new acne. Tazarotene is a Tazorac generic is also used to treat plaque psoriasis or psoriasis Vulgaris, which is a common non-allergic skin condition that causes the appearance of red raised patches of skin covered in a dry silvery scaly rash usually on the skin of the elbows, knees, and lower back. Psoriasis is thought to be an autoimmune disorder (when the immune system attacks itself), which affects people of any age, usually those who have a genetic predisposition.

Tazret cream is a potent skin retinoid used in the treatment of acne and aging signs. The active ingredient is tazarotene, a compound that belongs to the vitamin A derivatives. Tazarotene is a prodrug that transforms to its active form when metabolized in the skin.

Tazarotene acts on the skin by increasing cells turnover and reducing inflammation to treat acne and psoriasis. It prevents wrinkles as well. The FDA approved the 0.1% concentration as a safe treatment for mild to moderate acne. Certain studies showed that tazarotene has similar efficiency as adapalene and retinol. Others report greater efficiency and skin irritation with tazarotene.
In addition to its acne combatting activity, Tazarotene fends off aging signs. It reduces the appearance of fine lines, dark spots, and wrinkles. Because retinoids boost the cells’ turnover, the thin senile skin regains its thickness and becomes more resistant to gravity and skin folding.

Topical tazarotene has a rapid diffusion into the skin. It binds to retinol receptors and reduces comedones and blackheads. By reversing the oily skin environment, acne is less likely to occur.
Tazarotene is a versatile skincare compound with many benefits to the skin complexion. It increases skin thickness and tone. Moreover, it clears acne and acne-related scars like dark spots and hyperpigmentation. It evens out skin color for bright and glowing skin. Finally, it reduces inflammation, which allows more collagen production. Subsequently, it lifts the face and enhances skin elasticity.

Tazret cream/gel is an advanced chemical formula that contains a pre retinoid called tazarotenic acid that binds to the retinoic acid receptor. Retinoic acid is a Vitamin A metabolite. Tazarotene affects the hardening process of the outermost layer of the skin thus treating symptoms associated with pimples, blackheads, spots, and acne.

Our formula is a perfect cure for all types of skin diseases including red patches and scaly rashes, pain, and itching specifically associated with skin psoriasis. Tazarotenic acid is a more potent skincare formula than retinoic acid. OKdermo offers this amazing formulation in two dosage forms; Cream and gel. We also offer two strengths of Tazret cream and gel base. Moderate 0.05% and potent 0.1%. You may get them recommended by your dermatologist based on your preferences and skin condition.

Acne treatment and anti-aging formula. Tazret is a one-word answer to all your skin-related problems. Whether you’re fighting with deep wrinkles, fine lines, dark circles, crow’s feet, uneven skin tone, or dry skin, we have an anti-aging formula that’s right for you.

Ideal for daily use. Powered by our exclusive tazarotenic acid formula, this non-greasy, non-comedogenic formula helps reduce the appearance of deep wrinkles by up to 50% while lifting & firming skin. Made for dramatic results but gentle enough for daily use by men and women!

Innovation in the skincare industry. Our products are endorsed by beauty industry leaders & dermatologists for their best-in-class effectiveness. We continue to research and innovate new formulas for healthier skin based on a clinical study.

What is Tazarotene, and how it works?

Tazarotene is an acetylated retinoid. In its stock form, it is inactive. Once absorbed by the skin, the skin enzymes convert Tazarotene into an active retinol acid. Tazarotene binds to retinoic acid receptors on the skin to incite the following events:

In conclusion, Tazret gel is another retinoid cream. It increases cellular turnover and reduces inflammation, which translates to fewer acne outbreaks and aging signs reversal.

When to use Tazorac generic Tazret tazarotene 0.05%-0.1%  cream/gel

Tazret a Tazorac alternative cream is a retinoid called tazarotene acid that binds itself to a receptor of retinoic acid, thus affecting the hardening processes of the outer layer of our skin and relieving symptoms associated with acne, pimples, comedones, and blackheads. When we take all these effects into consideration, we may easily realize how the combined ingredients of this cream can bring about normal cell growth to facilitate overall skin health. Tazarotene 0.1% in Tazret Forte Cream is thought to act as a keratolytic by blocking the hardening processes of the outer skin layer (keratinisation and cornification) and increasing the shedding of old hardened skin cells, while at the same time preventing epidermal hyperproliferation, which is excessive growth of the upper layer of skin cells or keratinocytes, 0.05 percent to 0.1 percent tazarotene cream is thought to have anti-inflammatory properties.

The combined effect of these actions is to help restore normal cell growth and behavior to the keratinocytes, which helps clear up pimples and blackheads (comedones) in acne lesions and reduces inflammation and the spread of acne.

Psoriasis is characterized by raised scaly plaques due to excess proliferation and abnormal differentiation of the keratinocytes also by infiltration of immune cells, which produce chemicals called cytokines that are thought to be responsible for this abnormal behaviour as well as causing inflammation. Tazarotene cream reverses the abnormal changes in keratinocyte behavior and also the inflammatory response. This reduces the scaling and thickening of psoriatic plaques and relieves the symptoms.

Over time, collagen and elastin fibers in the skin break down. These fibers are responsible for giving your skin structure and the lack of these fibers leads to wrinkling. Topical treatments, such as Tazarotene 0.05-0.1% a Tazorac generic cream is used to reduce the appearance of fine wrinkling. Tazarotene chemical is similar to vitamin A that is used to treat skin conditions such as acne, psoriasis, and wrinkles.

Tazarotene 0.05% – 0.1% function: when applied to the skin, tazarotene seeps into the pores and its ingredients become active. Tazarotene acts similar to retinoid treatments when fighting wrinkles, meaning it penetrates the skin and encourages collagen production, giving the skin improved structure and reducing the appearance of fine lines. Tazorac generic ream also encourages skin exfoliation, which can reduce the number of dead skin cells on the face, giving you a more rejuvenated appearance.

Tazarotene cream application: tazarotene should be applied once per day, most typically at night. Cleanse the face with a gentle cleanser—a more harsh cleanser can aggravate the skin when combined with Tazret and dry thoroughly. Massage the cream into your skin, applying a thin film to wrinkled areas. Do not apply to any areas that have open wounds or areas of irritation. Allow the cream to be fully absorbed before applying a moisturizer, which can reduce the potentially irritating effects of tazarotene. Buy tazarotene cream online w/o prescription, only positive Tazorac cream reviews you may find left by the OKDERMO customers.

Benefits: Tazarotene cream has been shown to be just as effective as its retinoid counterparts in treating fine wrinkles. Other beneficial effects include reduction of skin oiliness, blackheads, acne and psoriasis.

Side effects: tazarotene gel/cream is not associated with serious side effects, but you may experience irritation, tingling, redness, or itching. This often occurs as you initiate treatment and will likely subside with time. If you continue to experience side effects such as skin peeling or irritation after several weeks of application, reduce the amount applied or speak to your dermatologist for treatment alternatives.

Use 0.05% – 0.1% Tazarotene cream/gel for the full course (2-5 months), or as advised by your dermatologist. It may take several weeks (from 4 to 12) for the treatment to be fully completed. Tazret strong retinoid component Tazarotenic acid used in many fields – as an antibacterial, anti-inflammatory, complicated acne cases treatment solution, also for skin restoration, rejuvenation, and anti-wrinkle solution. Those experienced users who are already familiar with medical grade cosmeceutical skin care treatment solutions and been using strong Retinoic acid aka Tretinoin 0.1% products for a long period of time can start using Tazarotene cream (Tazarotenic acid) products like Tazret (Tazorac generic) to get even better results with mixed retinoids.

Cream or gel base q.s. 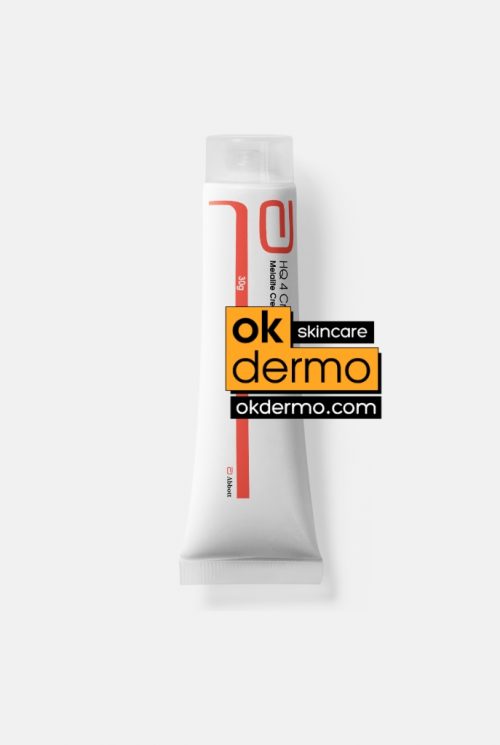