Unique combination treatment for anti-aging and wrinkles reduction. Liftage cream helps to work on all those skin problems aging causes, an anti-wrinkle treatment that combines two of the latest generation of mimetic peptides.

What is Liftage® anti-aging cream?

Peptides boost collagen production in the skin dermis. They promote skin elasticity, lift saggy features and plump wrinkles. Peptides are strings of amino acids. In the body, they work as mediators, act as cellular signals, and enter as building blocks for proteins. Because they boost mechanisms otherwise slowed down by age, They are popular in age-defying skin products. Age-defying peptides restore the derm’s healthy thickness and bring collagen supply, which translates to a smooth, toned, and firm skin transformation. There is evidence that peptides block wrinkles’ progression around the eyes and mouth. They enhance elasticity and fill atrophied, weak areas of the skin that are more vulnerable to fold.

Acetyl hexapeptide or Argireline is a synthetic peptide derived from botox proteins after degradation. Botox proteins are too large for topical application. The skin surface is microscopically a series of tightly joined dead keratinized cells. Only small molecules can navigate between tight junctions and penetrate deep skin layers. Therefore, botox proteins are only available as injections, while Acetyl hexapeptide is available in topical creams. Acetyl hexapeptide produces the same age-defying impact on the skin, but it does not carry the risk of injections. It simply enters the desired skin area, where it relaxes facial muscles and limits wrinkling.

Liftage has a direct mechanism to defy skin age. Unlike retinoids and antioxidants, which work on many levels to slow down the aging process, Liftgate provides the skin with collagen. Aging is an inevitable outcome that starts from birth. It is a combination of complex mechanisms that lead to the slowing of critical body reactions. It alters tissue repair and healing, cellular regeneration, collagen production, and resistance to damaging external factors.

Mimetic peptides ease inflammation and subsequently protect against free radicals and oxidative stress. An indirect consequence of the antiinflammatory properties is the induction of collagen synthesis by fibroblasts. Therefore, mimetic peptides are not only collagen and elastin building blocks. They boost fibroblasts to produce more collagen.

In conclusion, Liftage is a mimetic peptide cream. It has a direct effect on aging signs, and results are fast appearing. It acts on collagen production, increasing skin elasticity, thickness, and firmness.

This peptide belongs to a family of peptides called “neuropeptides.” There are a variety of other neuropeptides on the market, including Argireline and Myoxinol, but Acetyl Hexapeptide-8 is one of the most well-researched and effective neuropeptides.

Acetyl hexapeptide 8, which is also known as Argireline, is a peptide compound that is used in skin care products to reduce the appearance of wrinkles brought on by repeated facial expressions. When it comes to fine lines and wrinkles on the face, especially around the eyes and mouth; they usually form because of repeated facial expressions, such as smiling, frowning, or furrowing the brow in deep concentration or frustration. When people make these expressions, the face contorts based on the contraction of the muscles beneath the skin. Acetyl hexapeptide 8 can temporarily get rid of wrinkles by intercepting messages from the brain, thereby preventing muscle contractions. If you’re considering ways to remove wrinkles, such as frown and laugh lines, then this peptide may be an option for you, though it is not likely to eliminate deep forehead wrinkles or other significantly pronounced lines. Although acetyl hexapeptide-8 is thought to be generally safe, keep in mind that when using products with this chemical, you should start slowly, as you may temporarily create unnatural face expressions if you do not use the products correctly.

Synthetic blend of the fatty acid palmitic acid with several amino acids. Also known as pal-KTTKS. Theoretically, many peptides have the skin-restoring ability. Palmitoyl oligopeptide was the former catchall name for a handful of peptides, including palmitoyl hexapeptide-12. As more peptides were synthesized for use in skincare, specific names were developed to avoid confusion.

Palmitoyl oligopeptide is a blend of several fatty and amino acids that has recently been used in a number of cosmetics and anti-aging creams. This ingredient is being studied for its positive effects on the skin, especially for those who are looking for an anti-aging serum that has the same results as one that uses retinol, but with fewer side effects. While Palmitoyl oligopeptide is still being studied, early tests suggest that this peptide may work to stimulate collagen production and help skin cells remain more stable. This peptide is also known as palmitoyl hexapeptide-12 and Pal-GHK in some skin care circles. While Palmitoyl oligopeptide is currently being used in a number of skin care products, it is important to understand how it may affect different skin types and if there are any side effects associated with its use.

Palmitoyl oligopeptide is one of many peptides which have recently been discovered to have a positive effect on skin health. Peptides are chemicals that exist naturally, but many cosmetic companies are now creating them synthetically, in the lab, so as to achieve greater control over how they affect the skin. Most peptides are made of chains of amino acids, which are directly involved in the creation of proteins in the body. While Palmitoyl oligopeptide is a relatively new addition to the list of peptides that are used in skin care, some experts believe that the chains of amino acids communicate with the skin’s collagen and boost its production, which is a major factor in achieving smooth, wrinkle-free skin. Palmitoyl oligopeptide is most often found in anti-aging serums, moisturizers, and even in cosmetics.

Palmitoyl oligopeptide, or Pal-GHK, is a short peptide coupled to palmitic acid. Peptides are short stretches of amino acids, whereas long stretches or more complicated chains of amino acids are referred to as proteins. When proteins degrade or are destroyed, the short protein pieces that are generated are called peptides. Palmitoyl oligopeptide is a peptide consisting of the amino acids glycine, histidine, and lysine. The attachment of palmitic acid, a fatty acid, to the peptide helps it to penetrate the skin between the epidermis, the outer skin layer, and the dermis or lower skin layer.

Skin consists of an outer layer, the epidermis, and a lower layer, the dermis, which maintains the skin’s structure with a network of protein fibers made up of collagen and elastin. Wrinkles are caused by environmental factors and aging. As skin ages, it produces less collagen and the existing collagen in the skin is more rapidly degraded due to increased proteolytic activity by local enzymes. Cells, called fibroblasts, grow and multiply less and produce less collagen in aging skin than do fibroblasts in young skin. Some degraded collagen protein fragments stimulate the synthesis of new collagen. Palmitoyl oligopeptide resembles one of these collagen fragments.

Palmitoyl Tetrapeptide-7 is a synthetic peptide comprised of four amino acids that is used in beauty products and cosmetics to suppress the production of excess interleukins, the chemical messengers which trigger the body’s acute inflammatory response. This can lead to glycation damage or the process by which glucose links with proteins and causes them to bind together, stiffening tissues. This negatively affects the skin’s support system, comprised of collagen, elastin and other proteins, and leads to wrinkles, sagging, and uneven skin tone. 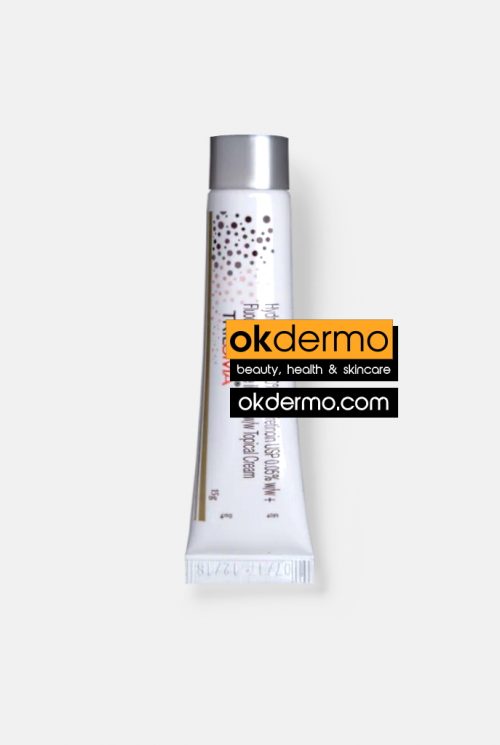 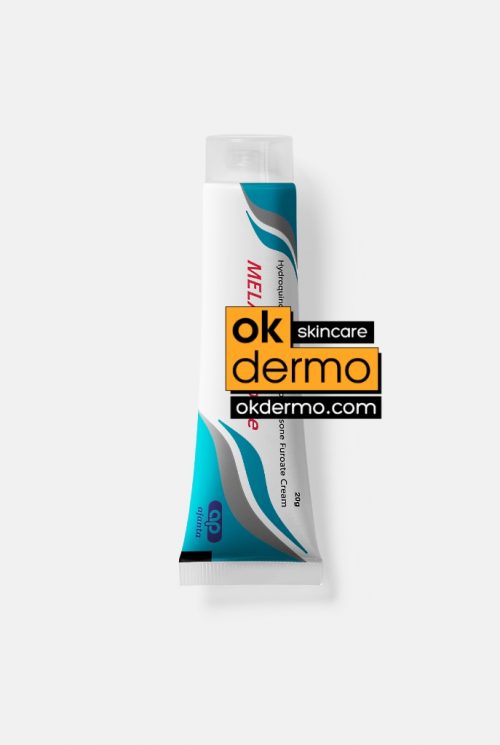 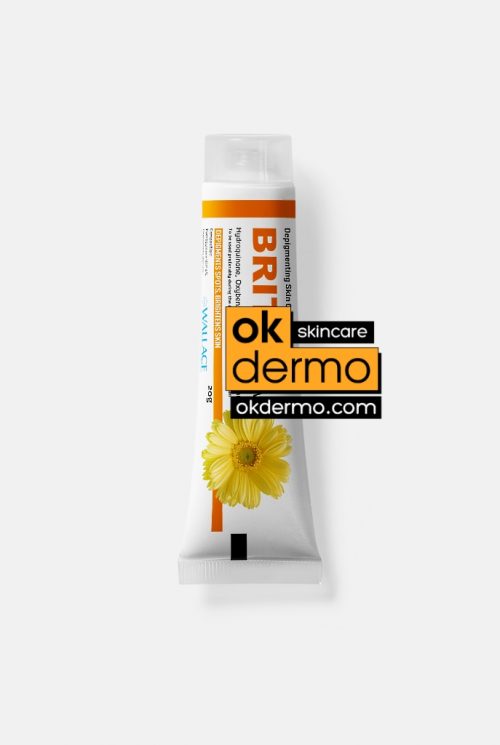 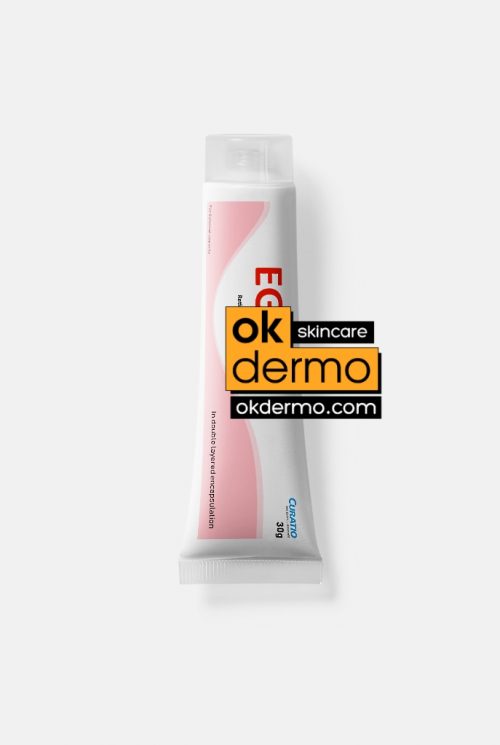